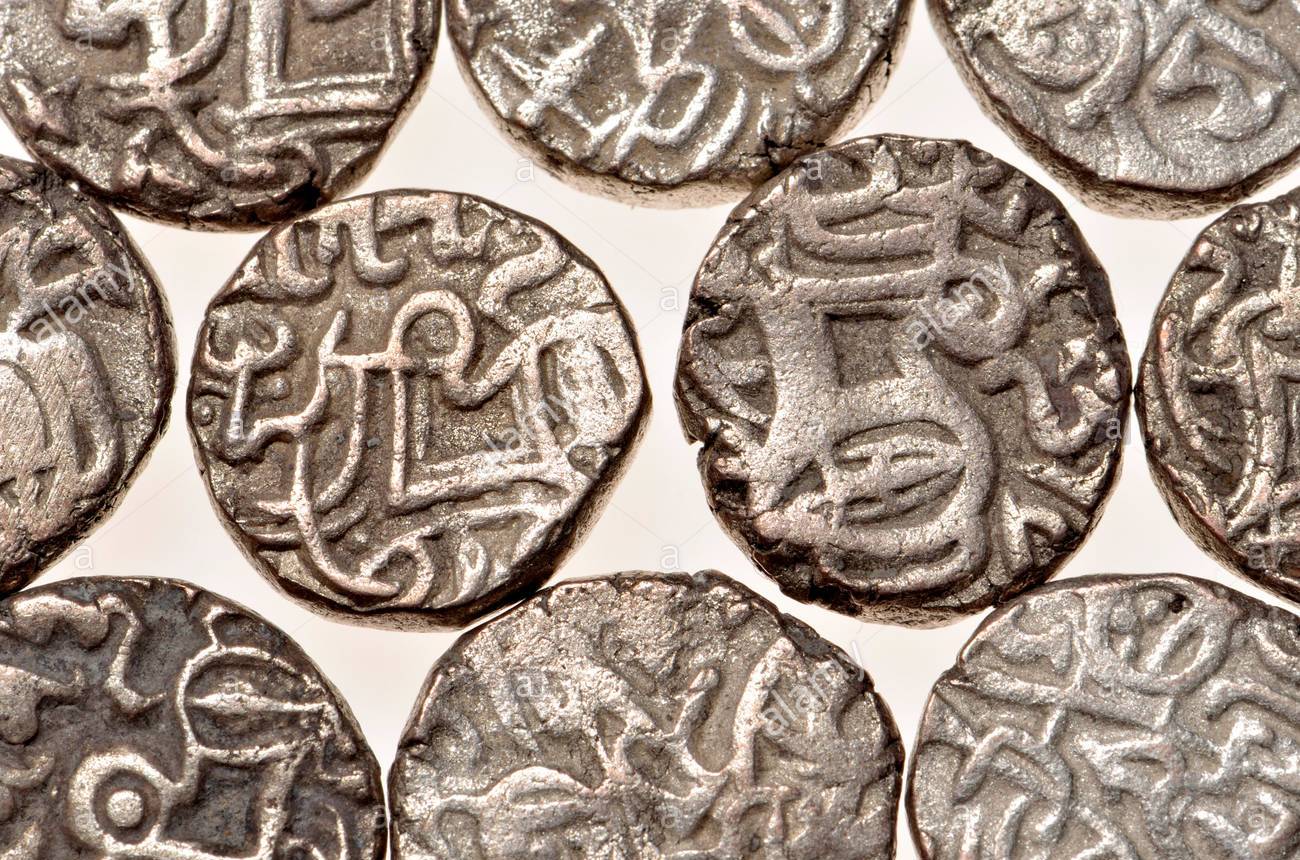 The beginning of 7th century was the period of king ‘Harsh Vardhan’ son of King ‘Yasho Vardhan’ from Thanesvara, ‘Sasanka’, the king of Gauda, ‘Dev pal’ of the Pala dynasty, ‘Maukharis’ of Kanyakubj, etc. and afterwards many small independent kingdoms came in to existence and issued their own coins, and remained in origin for about 550 years. This period is mainly known as ‘Raj put Period’ in Indian history. This period was after ‘Gupta Dynasty’ and before the ‘Sultanate Period’.

These coins mostly had figure of ‘Bull-Horseman’. These coins were made of alloy consisting 30% silver and are called as ‘Billon’ coins. These coins are of no fancy among the coin collectors as a number of dynasties and rulers issued these types of coins. Thus the ‘Lakshmi’ and ‘Bull-Horseman’ types were the two main coinages during that period used by one or another dynasty.

Two other types of coins are known during this period. One issued by the ‘Kalachuri’ rulers of Ratanpur, in which they placed a lion attacking an elephant on the obverse and their names on reverse. The other type was issued by the ‘Naga’ rulers in which a roaring tiger, a dagger and sun and moon on obverse and their names on reverse. The Ratanpur rulers also issued coins with the effigy of ‘Hanuman’, flying or trampling on a demon.

Coins- The important finding of the ‘Human Civilization’-Part 2 (India)

Gupta Period During the beginning of 4th century, the new dynasty came in to existence naming ‘Gupta Dynasty’, the […] 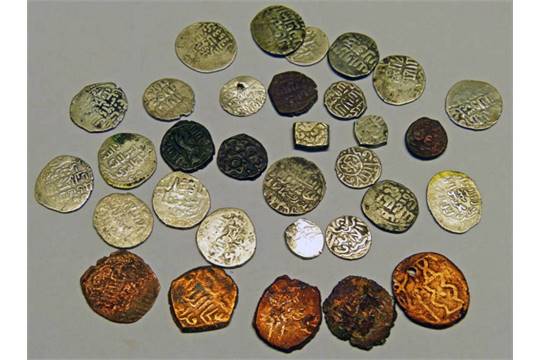 Coins- The important finding of the ‘Human Civilization’-Part 4 (India)

Sultanate Period   In 11th century during the reign of Raj put kings, the period of Muslim rulers came in […]