As the strength of Mughal started weakening, it powered many regional kings and princely states like ‘Marathas’, ‘Peshwas’, ‘Duranis’, ‘Sikhs’, ‘Awadh’, ‘Mysore’, etc. And also gave a platform to foreigners like ‘Portuguese’, ‘French’, ‘Dutch’, and ‘British’ to increase their influence in ‘India’.

With their diplomacy ‘British’ slowly set their empire at all over ‘India’. Previously they depicted coins in the names of Mughal Emperors and later formed ‘East India Company’ and issued copper coins in 1834. In 1835 they circulated silver coins in the name of their King ‘William 4th’. After the revolt of 1857, the rule of ‘India’ from ‘East India Company’ passed to the Queen ‘Victoria’ but beside the circulation of the coins bearing her name, the Queen also permitted some regional states to issue their own coins and in that some of them were ‘Bharatpur’, ‘Gwalior’, ‘Baroda’, ‘Indore’, ‘Datia’, ‘Travancore’, ‘Baanswara’, ‘Hyderabad’, ‘Udaipur’, ‘Jaipur’, ‘Kutch Bhuj’, ‘Jamnagar’, ‘Kota’, ‘Boondi’, ‘Taunk’, ‘Dewas’, ‘etc.

The reign of ‘British Empire’ in ‘India’ began from ‘Queen Victoria’, to ‘King Edward’ to ‘King George 5th ‘and ended to ‘King George 6th’ with the independence of ‘India’ 0n 15th August 1947.

In the coins issued by ‘Queen Victoria’, the one rupee coins dated 1862 were struck with the date unchanged until 1874. However, in 1863 Bombay mint adopted a method of adding dots or beads to its dies to indicate the exact year of minting. The beads occur below the base or whorl of the top flower, or above or around the top of the bottom flower or in both positions together. From 1874 onwards the coins show the year date.

The Rupees dated 1911 issued by ‘King George 5th ‘were rejected by the public as the elephant of the Order of the Indian Empire  shown on the King’s robe supposedly resembled a pig, an animal considered to be unclean by both Hindus and Muslims. These coins were withdrawn from the circulation and melted down. But some coins still remained with the possession of the people.

During the period of 1939-1940, the British Government reduced the fineness of the silver coins to 50% for various reasons and after wards from 1945 onwards one rupee coins were issued in Nickel, which continued till the Independence of India.

During the period of 1917-1932, the notes of new designs bearing the portrait of ‘King George 5th ‘were introduced in which the king was depicted wearing the imperial Crown and the Robes of Stars of India. The other remarkable events that happened in this period as regards the history of Indian paper Money is concerned includes the introduction of notes of low denomination such as re. 1 issued in the booklet of 25 notes, and Rs. 2 annas eight i.e. 2 and ½ rupee note which was issued on 22nd January 1918 and was withdrawn on 1st January 1926 and is a fancy of collection among the coin collectors.

After the demise of ‘King George 5th ‘in 1936, ‘King George 6th ‘was coronate as the King in May 1937, but the most significant event of that period was the establishment of the ‘Reserve Bank of India’ in 1935 as the central note issuing authority. The first notes of the Reserve Bank were issued in 1938. 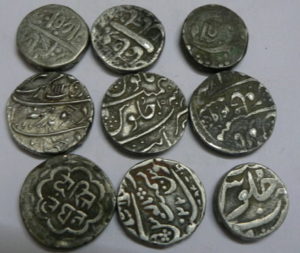 Coins- The important finding of the ‘Human Civilization’-Part 5 (India) 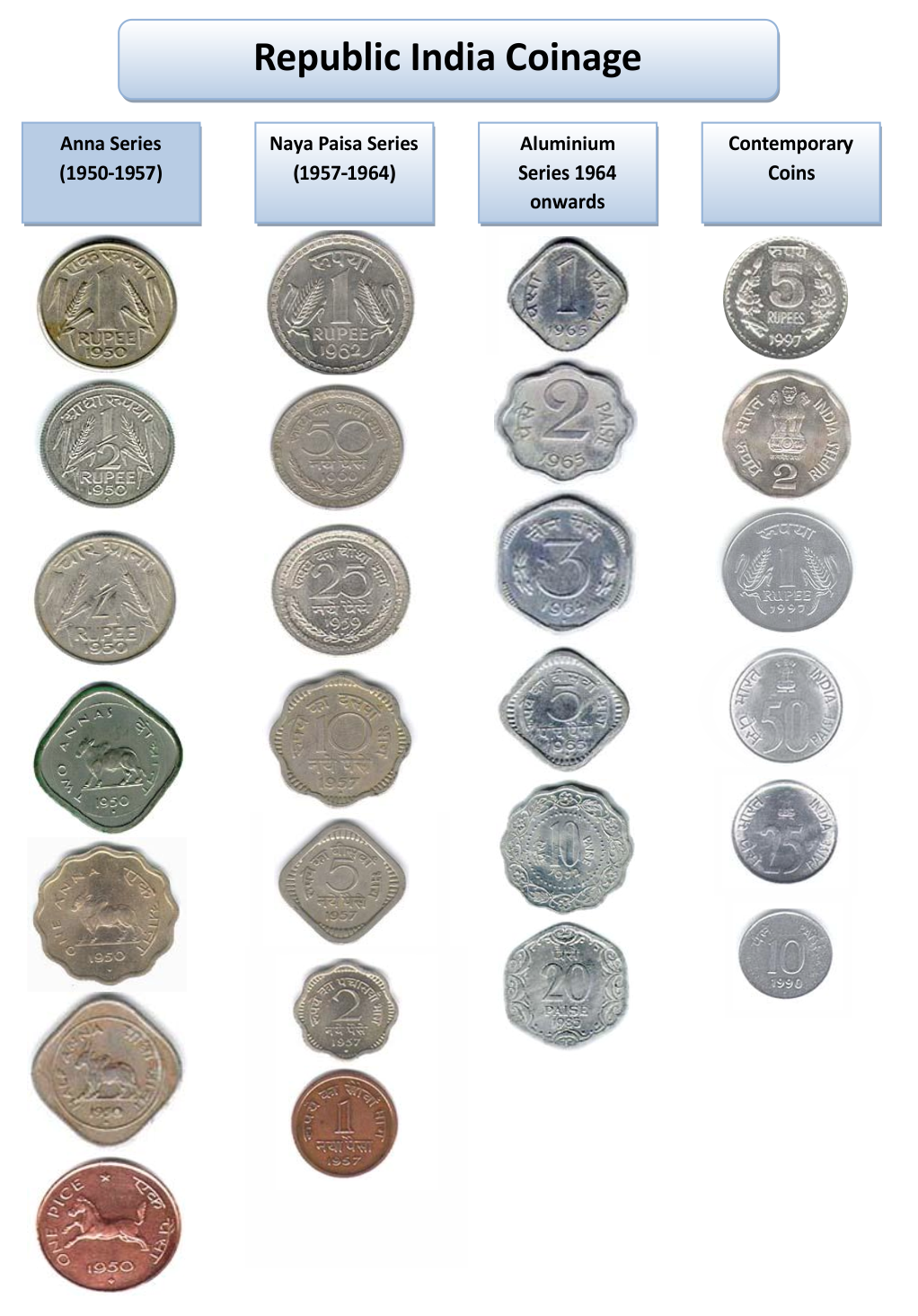 Coins- The important finding of the ‘Human Civilization’ Part 7 (India)